Desk phone vs Softphone vs Smartphone App – What VoIP device is best for you?

Choosing the right VoIP device for your business is a very important decision. Luckily there are three different solutions that, one way or another, will cater to your needs. We’ll break down each solution for you here and explain the pros and cons of each one.

Is your business mobile? Do you have a tight budget? Are you wanting the simplest solution? These are all factors that you’ll need to consider when choosing a VoIP device.

Desk phones are essentially the same as your traditional landline phones you’re probably used to, with the exception being that they use the Internet to make and receive calls. They sit on your desk with a receiver, buttons and a screen that shows the call details and other menus.

Softphones operate in a similar manner, in that they perform the same functions as a desk phone, but as a piece of software that sits on your PC or Mac computer. The interface will display a graphical user interface (GUI) similar to a phone or a calculator, which acts as the dial pad, along with other buttons and settings that you can click on to perform other functions.

Finally, smartphone apps can be classed as softphones with the difference being that they run on an app on your mobile device. They’re extremely useful if you’re not office based as you’ll be able to use the app while out and about.

All three options will have a similar set of features; you’ll be able to make and receive calls, create contacts, put calls on hold and transfer calls, among other things. The main difference is how they perform on a functional level, which is the main point of consideration you’ll need to take into account.

These days, they generally come complete with a number of additional features and buttons that allow you to put calls on hold, transfer calls, mute calls or manage your contacts. The more advanced desk phones will go one step further, by offering touch screen displays, conference options, speed dial buttons and much more.

They’re also extremely reliable; as they have a direct connection to the Internet via a cable.

So, what’s so different compared to a normal landline? Simple. It can support these additional features thanks to its VoIP capabilities, by connecting to the Internet. It’s the technology behind it that makes this so different from legacy desk phones.

That’s not to say they’re perfect. Obviously, they’re not mobile at all, they’re primarily targeted towards office-based workers. No one wants to be carrying a fairly large phone from A to B all the time. They’re more expensive than other solutions on this list and do need to be installed (even though this is usually a quick process). Additionally, while some high-end desk phones do now operate over Wi-Fi, the large majority need a physical connection over the Internet via an Ethernet cable. This does bring a higher call quality though, so it’s not all bad.

As time passes, more and more users are moving towards a softphone solution for their telecoms. And it’s easy to see why. Cost-effective, easy to use and install, feature-rich and can be used from practically anywhere.

Softphones are pieces of software installed on a PC or Mac computer that “act” as a phone, by using the computer’s integrated microphone and speakers (or a dedicated headset if you choose to invest in one). Softphones come complete with the same features as a desk phone, and sometimes even more as they can be updated over time.

As they live on a computer, if you’re using a laptop, they can be used from anywhere with an Internet connection, which in this day and age is extremely handy.

As for disadvantages, they may not be as familiar to some users and so there may be a slight learning curve. But the main disadvantage is that as a piece of software, it shares resources with other software on the same computer. This can have an impact on call quality, especially on low-end machines. But this is usually outweighed by the low cost of implementation (often free, with pro versions usually being cheaper than desk phones)

Smartphone app – Perfect for “on the go”

By and large, these are the same as softphones, but instead of being installed on a computer, they’re apps on your mobile phone. This opens a new raft of possibilities because they can be used “on the go”.

Conventional softphones can be used on a laptop from anywhere, but you’d still need to reach your destination first. Whereas with an app, you can use it whilst travelling and as we know, business is mobile now.
Smartphone apps share all the characteristics of conventional softphones; they’re cheap and easy to install, they offer largely the same features and they’re easy to use.

So why doesn’t everyone use them? Internet usage while travelling can be hit and miss, which will impact call quality. Also, if you receive a genuine mobile call, it will override the app, which can cause issues if you are using the app at the time.

So there you have it, three different VoIP solutions? Which one will you choose? 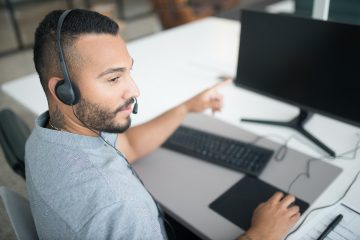 Complexity of technology solutions is often masked For any business service, a competitive market is highly desirable and a sign of good health. Markets that have plenty of choices and are free from anticompetitive practices Read more… 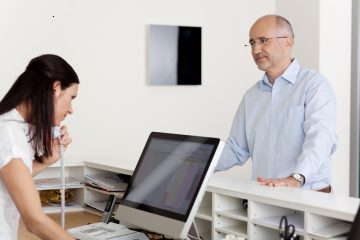 VoIP is an enabler for some and a game-changer for others As a deployed technology, VoIP (Voice over IP) based solutions have been around for around 25 years. However, despite this they have not yet Read more… 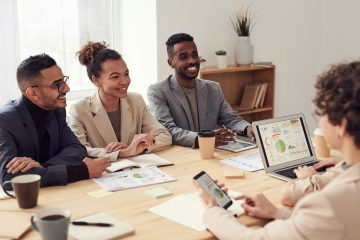 Don’t miss out on the easy win of Goldfish.ie VoIP as a growth promoter

What’s business about if it’s not about growth? Growth is the ultimate objective of business and achieving an increase in turnover and profitability is a pursuit that occupies the thoughts of leaders of companies of Read more…